When Rivers Were Trails 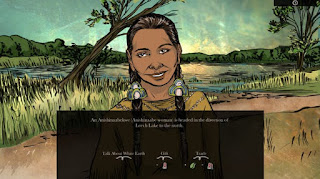 I'm excited to see that artist Weshoyot Alvitre has illustrated a new Oregon Trail video game, this time from the point of view of indigenous peoples of western North America. It's called "When Rivers Were Trails." From what I can see, it looks great! 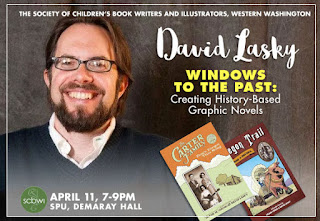 David Lasky, illustrating co-author of "The Oregon Trail: Road to Destiny," will talk about the making of the book, as well as the making of "Carter Family: Don't Forget This Song," on April 11, 2018 on the campus of SPU in Seattle. The event goes from 7 to 9pm. There is a charge of $15 for non-members to attend. More info here. 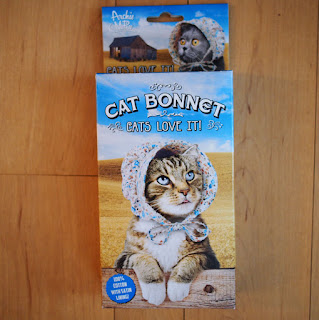 My friend, A.K. Page, just posted about this product on her Facebook page, and I thought it was worth sharing here at the Road to Destiny blog... THE CAT BONNET! Apparently "Cats Love It". I love it too.

Here is a review of the Cat Bonnet that I found via web search.

When I was writing the Oregon Trail graphic novel, I decided that Col. McCarty, the leader of the fictional wagon train in Road to Destiny, would be "played" by the likable actor Jeff Bridges. This suggestion, which artist David Lasky embraced, brought a certain character to McCarty that helped the reader accept--and, I hoped, like--the character. 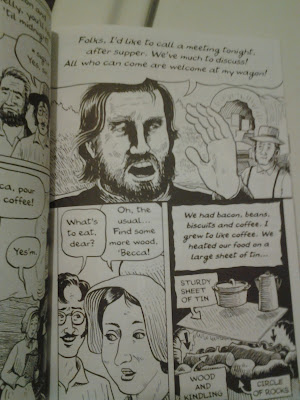 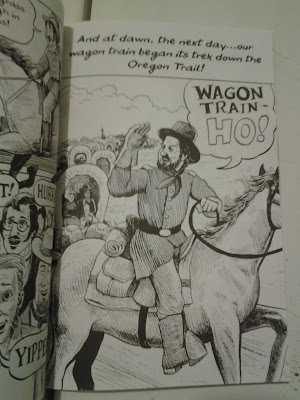 Well, Lyft, that kinder, gentler alternative to Uber, must have seen our graphic novel, or gotten the same general idea... 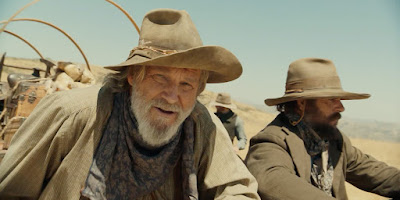 Their new ad campaign stars Jeff Bridges, and can be seen here. The ad makers have the darned wagons being driven by horses, which continues the Hollywood myth that horses were capable of being such sturdy beasts of burden. Oxen aren't sexy, for sure, but... oh, pardon me. Don't get me started on that horse vs. ox business!

Anyhow, we got a kick out of seeing Mr. Bridges on an Oregon-bound wagon train. And in my next post, I'm going to finally get off my keester and visit the End of the Oregon Trail Interpretive Center, whose great Heidi Hollister was such a huge and kind help to David and I when we created this graphic novel.


A tip of the hat (or helmet) to my brother Jason for alerting me to the fact that the Oregon Ducks football team is about to debut a new uniform that pays tribute to Oregon History, including The Oregon Trail. 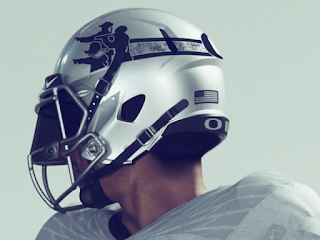 The uniform, designed for the Ducks by Nike, debuts Oct 10. While silhouettes of Lewis and Clark's Corps of Discovery (missing Sacagawea!) are prominent on the helmet, The Oregon Trail is also commemorated. According to the website goducks,com: "The lines on the helmet represent the principal legs of the 2,200-mile-long Oregon Trail."

I like to think that the graphic novel "Oregon Trail: Road to Destiny" contributed in some small way (along with the video game) to this renewed interest in the OT as a key part of NW history.

More details and photos can be found at the Ducks' website.

The Oregon Trail: Road to Destiny, the enthralling story of the Weston family's journey from Baltimore to Salem, is available from Buy Olympia...
http://www.buyolympia.com/q/Item=oregon-trail-road-to-destiny 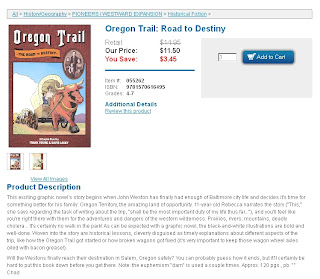 Futzing around on the Internet, I came across this short, enthusiastic write-up of the Oregon Trail graphic novel. Thanks, Chad, for the kind words.
Posted by Frank M. Young at 11:49 AM No comments: