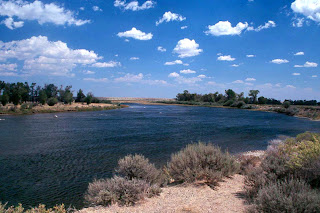 Though much of the Oregon Trail journey took the travelers across dry, open land, there were rivers to cross. Some were simple creeks, which could be forded without preparation. Others, such as the Green River, were formidable bodies of fast-moving water.

To cross such a raging river without a ferry was folly, at best and suicide at worst. A ferry was set up in the early 1840s by a group of mountain men--fur traders who preceded the Oregon Trail emigrants to the vast wild of the Western United States.

The ferry was sold to a group of Mormons around 1850. Eventually, it was purchased by a man named Lombard--and belatedly named after him. 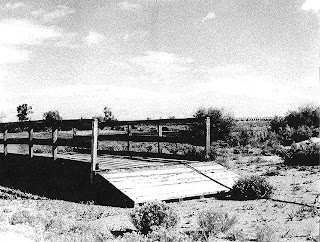 The black-and-white photo above is a re-creation of this primitive but effective ferry. Here is David's interpretation of this yet-unnamed ferry--which was still operated by mountain men as our main players, the Weston family, safely cross the deadly waters: 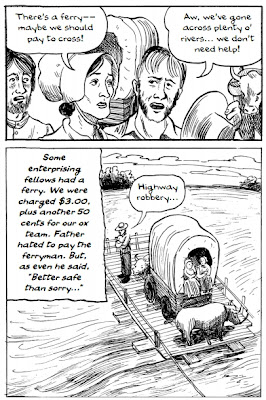